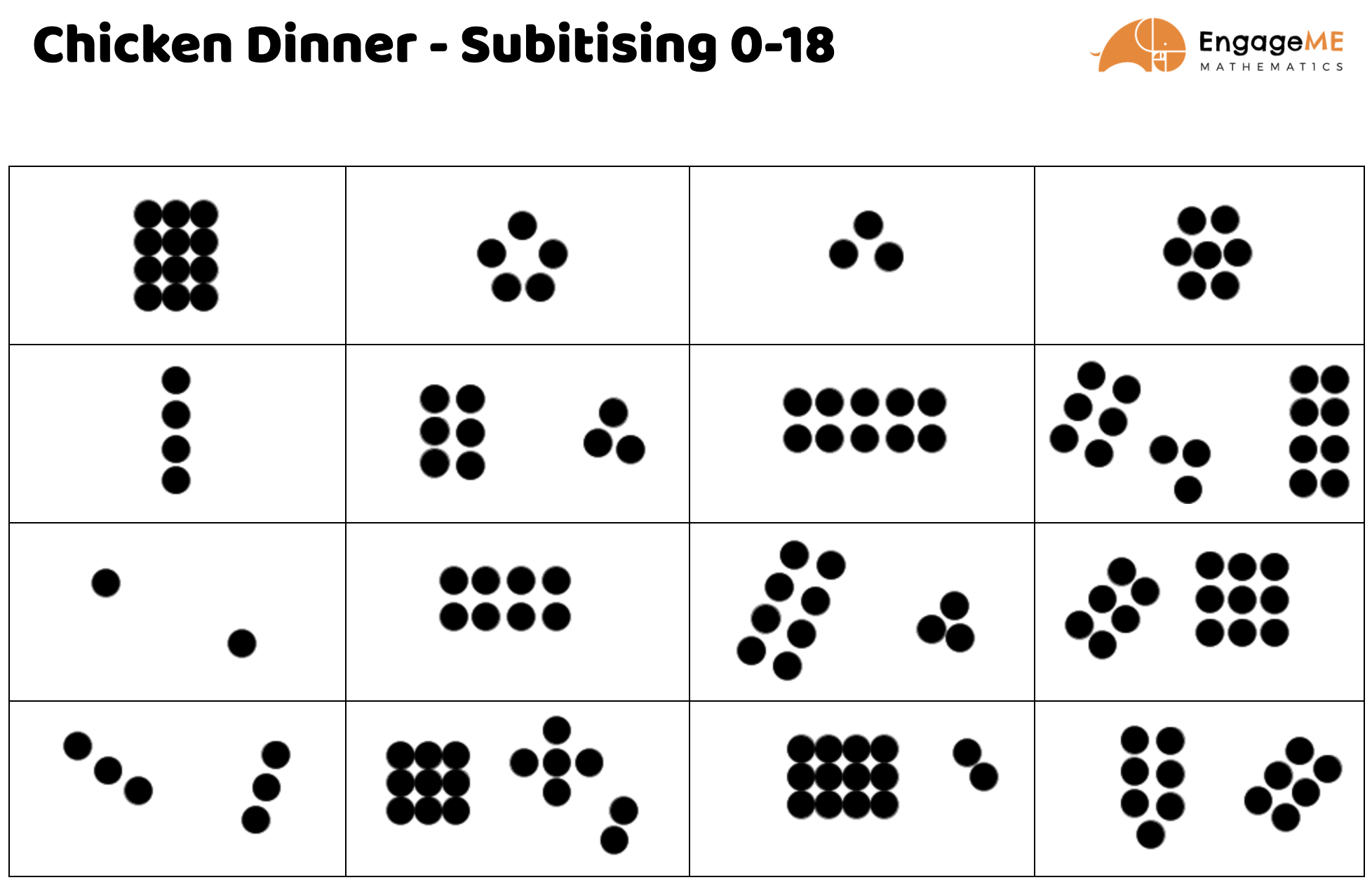 Note: You can take this task in many directions and use it to build a range of different social, cognitive, and behavioural skills within your students. The suggestions above are only a few examples of cognitive skills which this task could be used to teach. We recommend you think about the students in your class, their specific learning needs and how this task might be used to address these when determining your learning goals and success criteria for your students.

“When I was younger I use to have a lot of different animals as pets. Some of those animals were Chickens named The Colonel, Clucky and Squaky. My job each night would be to feed the chickens. My chickens loved Peacans! Sometimes I would throw peacans out to them, and without counting the number of peacans I had thrown one-by-one, I would know right away how many I had thrown onto the ground for them to eat. In this game, we’re going to practice this skill. It’s called ‘Chicken Dinner'”

Instructions for the game:

It turns out that not all of the original ‘Chicken Dinner’ game boards were created with an equal chance of winning. If your best friend in another class was about to play this game for the first time, what advice would you give them in helping them to select a game board and why?